In Theatres: BE NATURAL: THE UNTOLD STORY OF ALICE GUY-BLACHÉ 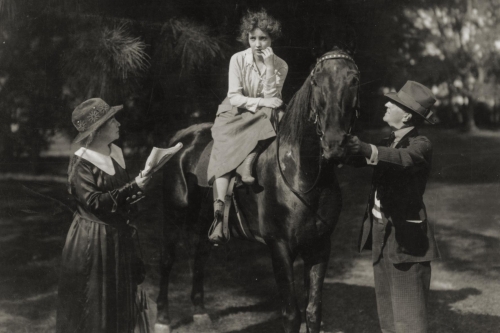 About:
Unearthing the largely forgotten story of the world’s first female film director.

In 1894, at the dawn of film, Alice Guy began to work at Gaumont, where she soon became head of production, and the first woman to direct – and, by some accounts, the first person to focus on narrative storytelling rather than simply creating reels that demonstrated the new technology. After a decade at Gaumont, she relocated to America, and married, forming her own studio, Solax. Though she was responsible for over 1000 films, she was eventually written out of the history books, her work often credited to male subordinates by skeptical male film historians. While cinema studies scholars and silent film aficionados might know about her, to the rest of the world, she is basically forgotten. Pamela B Green’s documentary aims to rectify that injustice, serving as a comprehensive biography of Guy-Blaché and an appreciation of her films and achievements. At the same time, Green uses a personal quest structure, charting her research, including the fortuitous discoveries she made, perhaps as a way to liven the proceedings up a bit, or maybe just to show how much Guy-Blaché had fallen into obscurity. To be frank, this isn’t really necessary or particularly compelling, but thankfully doesn’t derail the project as a whole, which remains a worthwhile corrective to the pioneering filmmaker’s legacy.