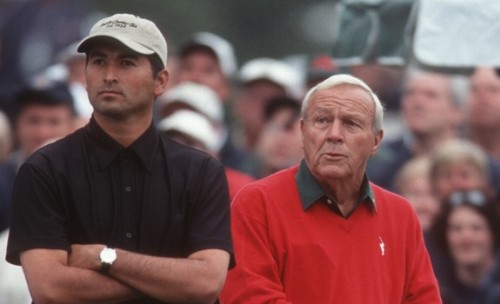 About:
A celebration of the unsung heroes of golf.

In this inside-baseball approach to the world of golf, director Jason Baffa reviews the role of the caddy historically as it has changed to move beyond simply carrying a golfer’s clubs to serving as a partner, confidante, and game advisor. Several caddies are profiled, including individuals who went on to successful careers as golfers themselves or in other disciplines, such as narrator Bill Murray, a former caddy whose credits, of course, include the iconic comedy CADDYSHACK. Brief consideration is given around issue of race, gender, and class in the profession, and the talking heads, anecdote-oriented proceedings are livened up with some playful animation and archival footage. While suitable for sports programming in addition to its natural audience of golf fans, the doc is ultimately too niche to appeal to a broader viewership.