In Theatres: FIDDLER: A MIRACLE OF MIRACLES 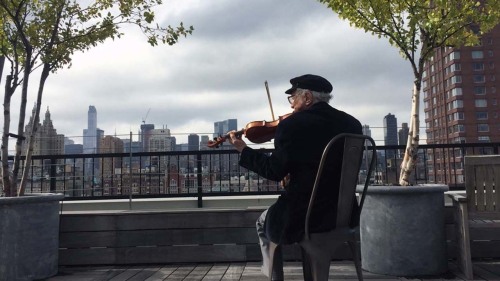 About:
A wide-ranging look at the origins and enduring legacy of the musical FIDDLER ON THE ROOF.

Since its debut in 1964, the Broadway musical FIDDLER ON THE ROOF became first a sensation and then a classic, notably, if the end of director Max Lewkowicz’s tribute to the show can be trusted as not mere hyperbole, having been performed somewhere around the world each day since then. This doc gathers creators, cast and crew from the original run as well as subsequent stagings, in addition to individuals connected to the 1971 film adaptation, and cultural critics for good measure, creating an expansive close reading of the show, detailing its inspirations, parsing each song, and relating the whole to sociohistorical developments including feminism and civil rights, as well as, of course, the Jewish experience. While musical theatre fans and Jewish audiences are the natural audiences for Lewkowicz’s fim, this broader contextualization helps make the argument for a wider and more diverse viewership, and informs the show’s perennial appeal. The latter is demonstrated through brief looks at stagings in places like Thailand and Japan, as well as the story of a controversial 1970 African-American and Latinx high school version. Although the doc’s survey approach makes it feel on the longer side, the film should still connect with an appreciative audience.