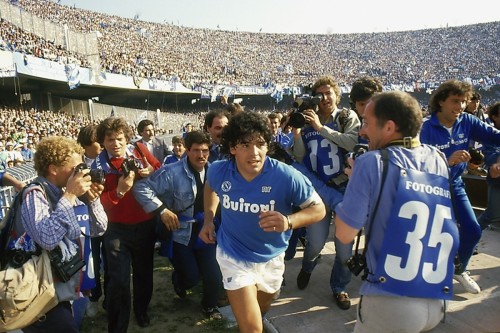 About:
An archival portrait of the celebrated but controversial soccer star.

Diego Maradona emerged from the slums of Buenos Aires to become a worldwide sports phenomenon. With access to Maradona’s own personal archives, Director Asif Kapadia turns his signature approach to the notorious bad boy, focusing on the seven years Maradona spent in Naples after he transferred from Barcelona in 1984. With the fate of the club on his shoulders, the champion athlete embraces the impoverished Italian city and its excesses, resulting in a wild tragicomedy that should prove compelling even for non-soccer fans.