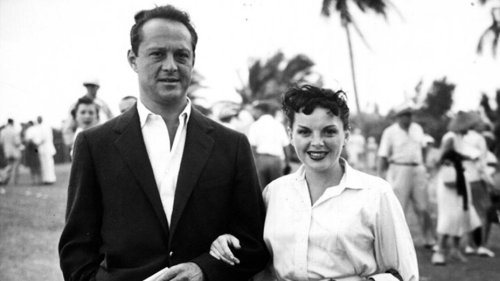 About:
A look at the legendary Judy Garland through the eyes of her husband and manager, Sid Luft.

Timed to coincide with the 50th anniversary of Garland’s death, Stephen Kijak’s biopic is a well-paced look back at the beloved performer, focused largely on the comeback that cemented her as an icon. Based on Luft’s recently released memoir, the film traces Garland’s career after her split from MGM, which had controlled her career for her entire adult life, as he helped shepherd her through a remake of A STAR IS BORN, nabbing an Oscar nomination in the process, and a series of wildly popular concerts. While their marriage was not to last, Luft offers a unique perspective on Garland, bringing a deeply personal touch to this dramatic period in her life, and also offering commentary on how her demons claimed her after they parted ways.