On DVD/VOD: SISTERS OF THE WILDERNESS 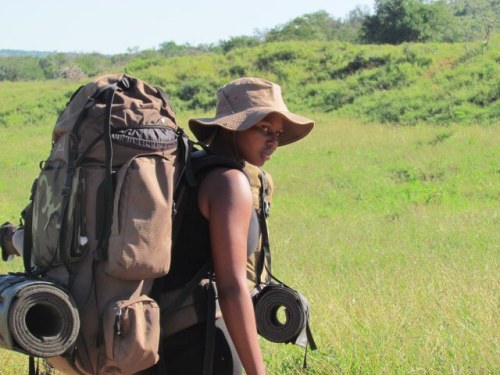 Coming to DVD and VOD today, Tuesday, October 22:
SISTERS OF THE WILDERNESS

About:
Five young Zulu women explore their heritage through a pilgrimage into the wild.

Karin Slater’s film follows the women and their guides as they prepare to head into and spend time trekking through the iMfolozi game reserve in South Africa. As the participants are led through the wilderness, they learn about the impact of mining and poaching on the wildlife in the reserve, and they bond, eventually revealing stories of loss and grief, from losing family members or children to sickness and incidents of sexual assault. Schooled in ancestral Zulu teachings by an elder who accompanies then, they learn respect for the land and connect with it, feeling transformed. That said, the film itself never quite manages to capture or convey exactly what is so transformative about this experience. The result is a project that seems to aim for a sense of the profound but instead often feels like an awkward and incomplete combination of personal stories and conservation information, with subjects who are never quite individuated enough.