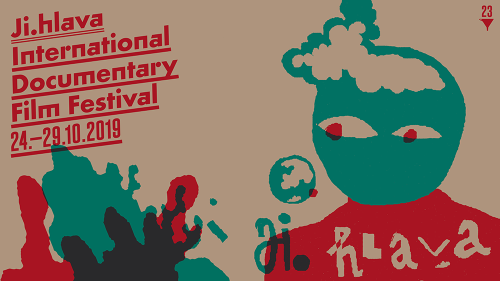 About:
This respected Czech event presents approximately 100 new and recent features, as well as a robust schedule of retrospective programming.

THE LIFE AND DEATH OF OSCAR PEREZ

The event’s signature competition section is Opus Bonum, which includes work like the collective project FONJA, about and by juvenile delinquents in a Madagascar detention center learning filmmaking; Romain Champalaune’s THE LIFE AND DEATH OF OSCAR PEREZ, a portrait of a Venezuelan policeman turned violent anti-government dissident; and Rajula Shah’s AT HOME, WALKING, a personal meditation on the act of making a pilgrimage.

The First Lights competition, celebrating the work of first-time filmmakers, includes Matilda Mester and Tatjana Kononenko’s THE BUILDING, about an iconic 1920s constructivist building in Ukraine; Carlos Segundo’s SLITS, about a quantum physicist nearing in on a breakthrough discovery; Mustafa Emin Büyükcoskun’s SET OFF, an ode to civilians who lost their lives in the conflict in a Syrian border city; and Natalia Imery Almario’s DOPAMINA, a personal film about the filmmaker’s coming out to her parents just as they are reckoning with a health emergency.

The Between the Seas competition is for filmmakers from Central and Eastern European, and includes: Margit Lillak’s THE CIRCLE, about a love triangle that threatens an eco-commune; Dmytro Bondarchuk’s 365 DAYS, ALSO KNOWN AS A YEAR, an experimental collage of a year’s passage via clips from feature films; Kaspars Roga’s LOOKING FOR MR DICE, a search for a post-Soviet Union fraudster; and Bogdan Stoica’s THE IRREVERSIBLE CONSEQUENCES OF SLIPPING ON A BANANA PEEL, which follows a woman back to her Romanian hometown to reconcile with her Alzheimer’s suffering mother. 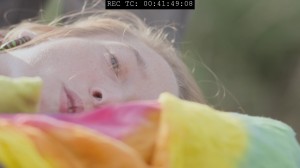 I WANT YOU IF YOU DARE

National cinema takes the spotlight in the Czech Joy competition, which includes Jiří Zykmund’s LOST COAST, an observational film about the conflict between a lakeside Czech community and state bureaucracy; Filip Remunda’s #SANDRAINUGANDA, in which an NGO tries to use a social media influencer to engage a younger audience around issues of African poverty; Dagmar Smržová’s I WANT YOU IF YOU DARE, about the adult desires of a poor, rural disabled young woman; and Zuzana Piussi’s THE STATE CAPTURE, an investigation of the murders of journalists in an increasingly corrupted Slovakia. 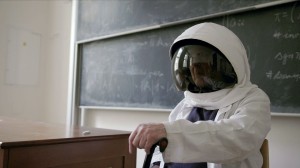 TICKET TO THE MOON

Non-competitive sections include Special Events, such as Karel Vachek’s COMMUNISM AND THE NET OR THE END OF REPRESENTATIVE DEMOCRACY, an epic six-hour philosophical essay on regimes and revolutions; Studio 89, which revisits 1989’s Velvet Revolution in work like Andrea Sedláčková’s CONSPIRACY 89, an exploration of conspiracy theories about the end of communism; and Martin Jůza’s CZECH COMMERCIAL: THE RISE OF CAPITALISM, a look back at how local advertising changed between the end of socialism and the beginning of capitalism in the Czech Republic; and the event’s annual spotlight on Czech Television Documentaries, such as Hana Třeštíková’s MARRIAGE STORIES: NEW GENERATION, in which the daughter of the series originator profiles a young couple; and Veronika Janatková’s TICKET TO THE MOON, about some of the individuals who expected to be on the first commercial space flights proposed by Pan Am Airlines.