SXSW has announced the remainder of its feature film line-up today, for a total of 135 projects. Following is the list of documentary features just revealed, broken down by section: 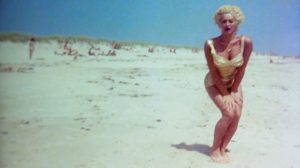 I’M GONNA MAKE YOU LOVE ME

BE WATER
Director: Bao Nguyen
A layered and intimate portrait of Bruce Lee, an underdog who was able to transcend racism, colonialism, and xenophobia to become one of the most influential cultural figures of our time.

BOYS STATE
Directors: Amanda McBaine, Jesse Moss
A political coming-of-age story examining the health of American democracy through an unusual experiment in which a thousand 17-year-old boys from across Texas join together to build a representative government from the ground up.

FEELS GOOD MAN
Director: Arthur Jones
When indie comic character Pepe the Frog becomes an unwitting icon of hate, his creator fights to bring Pepe back from the darkness.

I’M GONNA MAKE YOU LOVE ME
Director: Karen Bernstein
Fellini meets Motown in this story of one man’s search for self-acceptance, a journey that includes tabloid celebrity, Tupperware parties, and two coming outs – first as a straight woman, then as the gay man he was meant to be.

THE REASON I JUMP
Director: Jerry Rothwell
Based on the book by Naoki Higashida, this immersive film explores the experiences of nonspeaking autistic people around the world.

A THOUSAND CUTS
Director: Ramona S Diaz
A film about the role of journalism and disinformation’s accelerating effect in the erosion of democracy under the authoritarian regime of Philippine President Rodrigo Duterte, as told through the story of embattled journalist Maria Ressa.

US KIDS
Director: Kim A Snyder
Determined to turn unfathomable tragedy into action, the teenage survivors of Parkland FL catalyze a powerful, unprecedented youth movement that spreads with lightning speed across the country, as a generation of youth take back democracy.

HAVE A GOOD TRIP: ADVENTURES IN PSYCHEDELICS

HAVE A GOOD TRIP: ADVENTURES IN PSYCHEDELICS
Director/Screenwriter: Donick Cary
The epic story of psychedelics as revealed through the surprising and often hilarious drug trips of celebrity storytellers.

HOMECOMING: THE JOURNEY OF CARDBOARD

BANANAS
Director: Rachel Anderson, Screenwriters: Rachel Anderson, Mary Duong
A curious and playful look at growing up between two cultures in Queensland – the Sunshine State – with particular focus on food and family, presented by two Australian-born Asian friends who are awkward, honest, and warm in equal parts.

HOMECOMING: THE JOURNEY OF CARDBOARD
Directors: Yuko Shiomaki, Anna Thorson Mayer
Fuyuki Shimazu is an artist and cardboard lover who travels around the world to pick up cardboard he likes.

RACIST TREES
Directors: Sara Newens, Mina T Son
Racial tensions are reignited as a historically Black neighborhood in Palm Springs continues the decades-long fight for the removal of a wall of trees that many believe were originally planted as a totem of segregation.

AFTER TRUTH: DISINFORMATION AND THE COST OF FAKE NEWS
Director: Andrew Rossi
Capturing the human toll of false news and conspiracies with unprecedented access to figures in the Pizzagate, Seth Rich, Jade Helm, and Alabama special election cases.

A MOST BEAUTIFUL THING
Director/Screenwriter: Mary Mazzio
A chronicle of the first African American high school rowing team in this country, made up of young men in rival gangs from the West Side of Chicago, all literally coming together to row in the same boat.

THE PUSHBACK
Director: Kevin Ford
Two women of color run for public office and fight against decades of institutional racism, redefining what it means to be a Texan.

THE SCHEME
Director: Pat Kondelis
The true story of basketball insider Christian Dawkins, who hustled the FBI in a scandal that threatened to take down the NCAA.

WE’RE HERE
Director: Peter LoGreco
From creators Stephen Warren and Johnnie Ingram, this six-part unscripted series recruits small-town residents across America to participate in a one-night-only drag show. Renowned drag queens Bob the Drag Queen, Eureka O’Hara and Shangela Laquifa Wadley will inspire and teach their own “drag daughters” to step outside their comfort zone for a night of no-holds-barred, full-on drag. 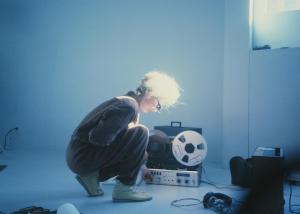 DARK CITY BENEATH THE BEAT
Director: TT The Artist
A musical documentary reimagining the narrative of Baltimore, a city rising above social and economic turmoil to develop a vibrant and close-knit community for the arts through its homegrown sound, Baltimore club music.

LAUREL CANYON: A PLACE IN TIME
Director: Alison Ellwood
Pulling back the curtain on a mythical world, this film provides an up-close look at the lives of the musicians who inhabited it. It paints an intimate portrait of the artists who created a music revolution that would change popular culture.

SISTERS WITH TRANSISTORS
Director: Lisa Rovner
The remarkable untold story of electronic music’s female pioneers, composers who embraced machines and their liberating technologies to utterly transform how we produce and listen to music today.

THE MYSTERY OF THE PINK FLAMINGO

THE MYSTERY OF THE PINK FLAMINGO
Director: Javier Polo, Screenwriters: Javier Polo, Sixto Xavier García
A square sound engineer employs unusual research efforts to reveal the secrets behind the quintessential icon of kitsch, the Pink Flamingo. His bizarre adventure will unexpectedly turn into a creative journey to self-discovery.