On TV: ALI & CAVETT: THE TALE OF THE TAPES 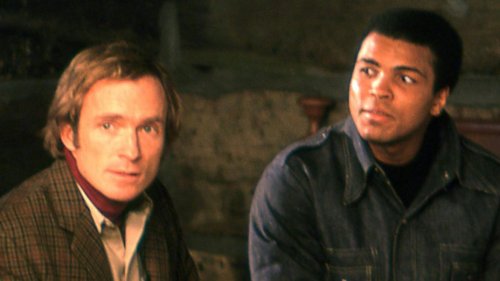 Coming to HBO tonight, Tuesday, February 11:
ALI & CAVETT: THE TALE OF THE TAPES

About:
Tracing the development of Muhammad Ali through his appearances on THE DICK CAVETT SHOW.

As an iconic figure of American popular culture, Muhammad Ali’s life, career, and impact have been well-covered in fiction and nonfiction books and films over the decades. In his directorial debut, Robert S Bader, working with longtime collaborator Dick Cavett, offers an intriguing and very specific lens through which to explore “The Greatest” – his longtime friendship with the talk show host, on whose program he appeared more than a dozen times. Utilizing Cavett’s reflections and very enjoyable clips from these freewheeling appearances, as well as interviews with Ali scholars and associates, Bader seeks to chronicle the highlights from the charismatic Ali’s storied life, from Olympic victory to converting to the Nation of Islam, conscientious objection to Vietnam and being barred from boxing. When hewing closely to the Cavett relationship, the film is at its most interesting, but, unfortunately, Bader too often breaks with this central premise, resulting in a retread of very familiar terrain absent the specificity of focus – while still, as a whole, worthwhile, it ends up being less than it could have been.