On DVD/VOD: SCREAM, QUEEN! MY NIGHTMARE ON ELM STREET 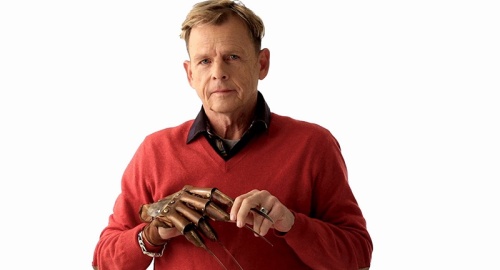 New to DVD and VOD this week:
SCREAM, QUEEN! MY NIGHTMARE ON ELM STREET

About:
A look back at a horror sequel through the eyes of its closeted young queer star.

Following the runway hit A NIGHTMARE ON ELM STREET in 1984, New Line Cinema quickly released a sequel the following year, subtitled FREDDY’S REVENGE. While successful enough at the box office, it had vocal detractors who took issue with its homoerotic/homophobic subtext, though this has, in recent years, also resulted in a resurgence of interest in the film as a queer horror cult classic. Directors Roman Chimienti and Tyler Jensen explore this transformation in the sequel’s reception to some extent, but the focus of their workmanlike doc is squarely on its young lead actor, Mark Patton, the first male “final girl” – the object of the horror film villain’s wrath and its ultimate hero. Like many actors of the time, Patton was not open about his sexuality professionally, and though he saw FREDDY’S REVENGE as his big break, he blamed the film for, essentially, outing him and making him unemployable. While this doesn’t always gel with the history provided here – he did land acting roles after the film, and left acting after his lover died from AIDS complications, and he himself became HIV+ – the sequel has become an albatross. Though he came out of retirement several years ago to participate in fan events, he remains resentful that the film’s gay subtext has been blamed on his performance rather than then script by David Chaskin, and he wants the screenwriter to acknowledge his own role in how the film was received. This hang up at times crosses the line into petulance and takes up too much screen time, unfortunately, detracting from a more interesting look at the reception of the film by queer viewers.