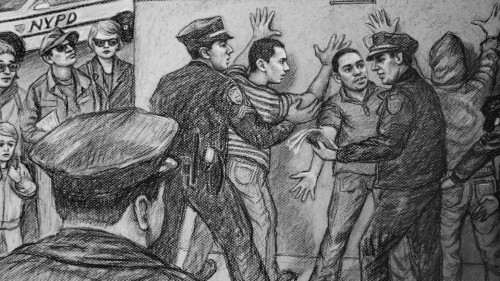 New to DVD this week:
STOP

About:
A young man takes on the NYPD’s policy of racial profiling.

I previously wrote about the film for DOC NYC’s program, saying:
After David Ourlicht was stopped and searched by the NYPD for no discernible reason, he filed a class-action suit against the City of New York, alleging racial profiling in the police department’s stop-and-frisk policy. Following the charismatic young man over three years as he awaits the trial, Spencer Wolff reveals how David has been shaped by the experiences of his mixed-race family and their own struggles with discrimination in a New York of a different era – prejudice that should have no place in the present.