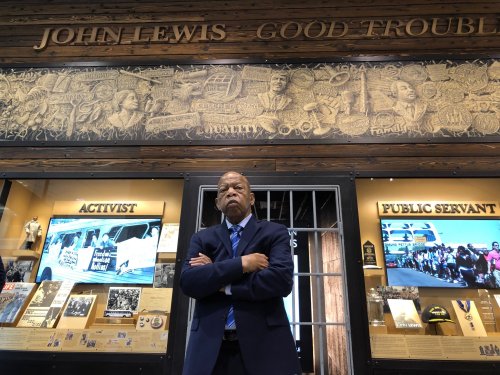 About:
A wide-ranging look at the life, activism, and political career of the esteemed civil rights icon.

John Lewis emerged as a young leader of the civil rights struggle with the Student Nonviolent Coordinating Committee (SNCC) in the 1960s to eventually claim a congressional seat representing Georgia beginning in 1987, where he remains a vital, conscientious presence to this day. Filmmaker Dawn Porter deftly balances a retrospective appreciation for the work Lewis has done in his long career of activism with a reminder of the present-day battles he continues to wage for a just and equitable nation. Following Lewis during 2018 as he campaigns for fellow progressive Democratic candidates, the film makes crystal clear the continuity between his past and present – the insidious rise of voter suppression that Lewis struggled against decades ago. Arriving in a critical election year, the film should serve as a potent reminder of the freedoms individuals like Lewis sacrificed to secure, and of the renewed threat they face in today’s hyperpolarized political landscape.