On TV: THE VOTE 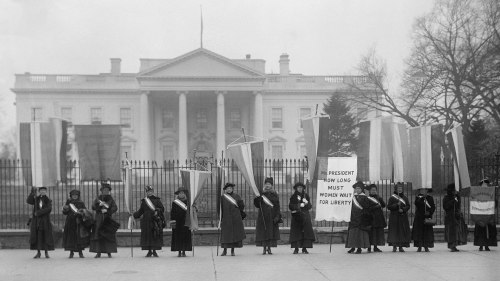 About:
A chronicle of American women’s fight for the right to vote.

As is noted more than once in Michelle Ferrari’s informative, if conventional, documentary, history typically tells us that American women were “given” the right to vote in 1920, but this elides the seven decades-long struggle waged by suffragists to demand this critical aspect of citizenship. Timed to commemorate the 100th anniversary of the ratification of the 19th Amendment to the US Constitution, this two-day, two-part entry in PBS’s long-running American Experience series reviews the collective organizing that led to the enfranchisement of women, while putting the spotlight on key figures in the movement and the disparate paths they took to achieving their goal. Ferrari weaves in a welcome consideration of the role of black women in the suffragist movement, and how race, class, and privilege frequently came into play over the long years of the campaign, often forcing women of color into the background for political expediency. While the first half covers a larger period, including lessons learned from the British suffrage movement, the significance of the 1848 Seneca Falls women’s rights convention, and the deferment of addressing the issue on a national scale in favor of state-by-state referenda, the more compelling second half is weighted more towards the final few years of the struggle, as votes for women became intertwined with other pivotal moments in Woodrow Wilson’s presidential administration, most notably America’s relationship to World War I. Although the story of the women’s suffrage movement is less familiar to most as compared to more recent progressive struggles, the similarities between their tactics is clear, and a stark reminder that collective action can yield transformative results.