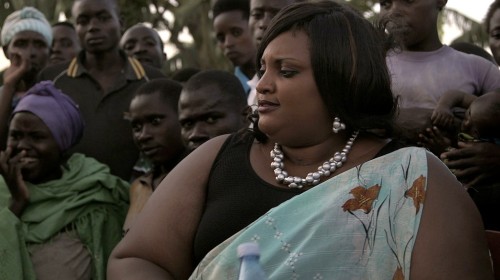 About:
An exploration of female sexual pleasure in Rwanda.

As recounted in Olivier Jourdain’s light but enjoyable film, there is a well-known legend that explains the apparent widespread phenomenon of female ejaculation in Rwandan society. While her husband was at war, an ancient queen found unexpected sexual release with a servant, producing enough sacred water to fill Lake Kivu, one of the African Great Lakes. Since then, the story goes, Rwandan women have been encouraged to find their own water, for both their own sexual pleasure and to keep their men happy – not surprisingly, the focus here is exclusively on heterosexual couplings. Providing an insider’s perspective is popular radio host and sexual health educator Vestine Dusabe, who discusses in frank terms the importance of female sexual pleasure and awareness of their own bodies, both through her regular broadcasts and visits to schools and communities, but she is but one of several figures who populate the film, from doctors providing remedies for “dried up” water to ordinary Rwandans speaking openly about sex while swimming. The result is a look at a refreshingly open approach to sex education that foregrounds the pleasure for both women and men, unconnected to reproduction, religion, or shame.