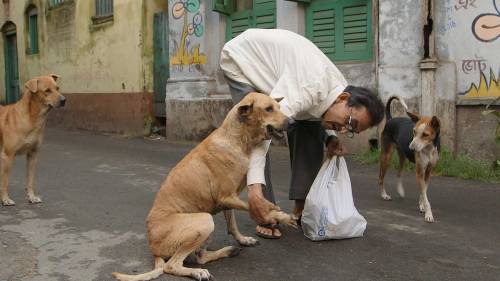 About:
An immersion into the lives of the street dogs of Kolkata, and those who care for them.

Shot on the streets of Kolkata, Jesse Alk’s experiential film focuses almost as much on his human subjects as on the canine ones. Both live on the margins of society in their own way, functioning as mirrors for one another. The dogs have had a long presence on India’s streets, and lead difficult lives. Attempting to provide some support are a handful of self-appointed caretakers – some more fleshed out by Alk than others – who themselves struggle to survive. While overall a downbeat project that may prove challenging for casual viewers, the film demonstrates a distinctive visual style and approach to storytelling.