In Virtual Release: OLIVER SACKS: HIS OWN LIFE 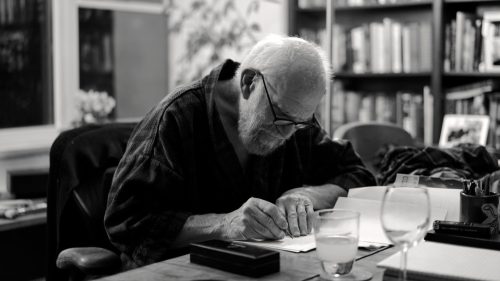 OLIVER SACKS: HIS OWN LIFE

About:
Facing a terminal diagnosis, the famed British neurologist and popular science author reflects on his life and work.

Filmed in the months following his February 2015 terminal cancer diagnosis, Ric Burns’ portrait of Oliver Sacks functions at once as a biography, tribute, and elegy. Best known for his 1973 book AWAKENINGS, particularly after its 1990 movie adaptation, the eccentric Sacks attracted a following for his accessible case studies of people with neurological conditions. As he looks back on his life and career in his final months, Sacks opens up about his conflicted feelings around his homosexuality, escape through sometimes uncontrolled drug use, and rebellious embrace of both motorcycle culture and bodybuilding in the earliest years of his medical practice. A long-time outsider, it’s also notable that for decades, his professional peers were dismissive of his writing and observations about other misfits – though they eventually changed their tune. While showing vulnerability and a sense of acceptance of his fate, Sacks nevertheless displays a vibrancy as he speaks with friends and loved ones, transforming his retrospection into a celebration of a life.