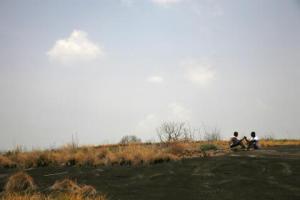 In this second of two post-SXSW entries, I’m offering some thoughts on docs that screened outside of the main competition, including the Spotlight Premieres, Emerging Visions, 24 Beats Per Second, and SX Global sections. Take a look at part one, on the eight competition titles, here.

FAMBUL TOK
Like last year’s Special Jury Award winner at SXSW, WAR DON DON, Sara Terry’s inspiring doc (pictured above) is on Sierra Leone and the aftermath of its decade-long civil war. Where the previous film focused on the high-profile special trial of one man, Terry’s instead looks at the broader picture, and the efforts of one organization to address truth and reconciliation on a grassroots, community level. Named for the traditional night-time oral storytelling tradition which means “family talk,” it has had a far greater reach than the government’s methods at a significantly lower cost. FAMBUL TOK affectingly profiles perpetrators and victims of horrific atrocities, and how the grassroots approach has reunited family members, old friends who have been sworn enemies since the war, and communities that have, until now, been torn apart.

THE OTHER F WORD
Director Andrea Blaugrund Nevins, who was nominated for an Oscar for Best Documentary Short in 1998, premiered her debut feature doc at SXSW, an appropriate platform given its focus on musicians. This surprisingly touching film looks at anti-authoritarian punk rockers facing middle age and becoming authority figures to their kids – that “other F word” being “Fatherhood.” As with competition entry LAST DAYS HERE, I was pleased to be engaged by interviews with a series of subjects whose music I either didn’t really know or haven’t enjoyed. The topic smartly universalizes the typical music doc so that it can transcend its core audience of die-hard fans. Having Morgan Spurlock as its Executive Producer should also give it a leg up commercially as well.

HIT SO HARD
I’ve known director P David Ebersole and his partner, producer Todd Hughes, for over a decade and was happy to see both SXSW and New Directors/New Films screening their first feature-length doc, a profile of Hole’s former drummer. Subtitled “The Life and Near Death Story of Patty Schemel,” the film delves into the openly gay musician’s time with Courtney Love’s band – from better times with Kurt Cobain, Love, and their daughter Frances Bean on tour; through Cobain’s death and the death of a fellow Hole bandmate due to an overdose; to Schemel’s years long battle with her own addiction. Now sober for multiple years, Schemel, her family, Love, and other bandmates and friends reflect on the dark side of the rock and roll lifestyle and living to tell about it. Featuring a treasure trove of home video, behind the scenes footage, and past and present interviews, HIT SO HARD screams out as must-see to fans of Nirvana and Hole and their generation of music.

CONVENTO
Jared Alterman’s doc featurette clocks in at under an hour, but features some of the most memorable visuals from SXSW this year. The film is a profile of a family – Geraldine Zwanikken and her grown sons Louis and Christiaan – but just as importantly, a profile of their home, Sao Francisco, a 400-year-old Portuguese monastery which now serves as their home, artist’s space, and nature preserve. Geraldine, a former prima ballerina, tends to her gardens, while Louis prefers the simple life of tending to the animals, especially horses. Christiaan, on the other hand, is a noted kinetic sculptor/artist, constructing fascinatingly bizarre robots out of the skulls and bones of local wildlife. The film expertly captures a sense of place, and almost functions as an extremely tempting travel brochure for the Zwanikken’s unique haven. 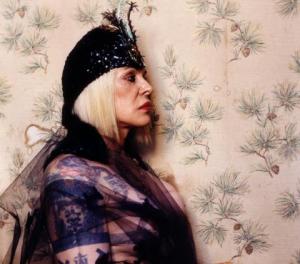 THE BALLAD OF GENESIS AND LADY JAYE
New York based French filmmaker Marie Losier premiered her intriguing documentary portrait in Berlin’s Forum last month, but brought it to SXSW for its North American premiere. While another film about a musician, underground performer Genesis P-Orridge (Throbbing Gristle, Psychic TV), the heart of Losier’s film is the love story between Genesis and his muse, Lady Jaye – a love so powerful that the couple begin to transform their bodies surgically and cosmetically to resemble one another, blurring gender, performance, and life.

REINDEERSPOTTING: ESCAPE FROM SANTALAND
As suggested by its TRAINSPOTTING-like title, this Finnish film, shot in 2003-2004, takes a straightforward, gritty view of the lives of the filmmaker’s friends, drug addicts living off of social welfare – the same situation director Joonas Neuvonen was in when he shot the footage. Nineteen-year-old Jani is the main subject, a heroin addict also addicted to the detox medication Subutex, who commits petty crimes in order to procure his next hit. REINDEERSPOTTING follows Jani as he attempts to break out of the hopelessness of northern Finland’s Rovaniemi by fleeing to Paris, financed by a robbery. While some Finnish critics, including the government, have blasted the film as pro-drug because of the graphic nature of the grainy footage and its lack of moralizing, it’s clear from what Neuvonen chooses to show us – including injuries, frustratingly tedious exchanges and arguments with addicts, and arrests – that he hasn’t created an advocacy piece for addiction. 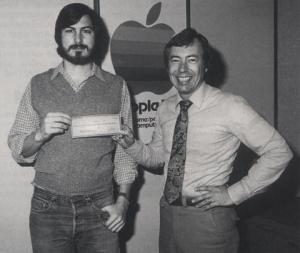 SOMETHING VENTURED
Filmmaking partners Dan Geller and Dayna Goldfine, who made BALLETS RUSSES among other docs, premiered their newest film at SXSW – a recounting of the beginnings of venture capitalism in the US and how it enabled some of the most significant technological developments of the past fifty years. While there’s a workmanlike, talking heads quality to the film that is disappointing compared to the duo’s previous work, it’s mitigated by the content of the fascinating interviews with the forward thinking men of means who were willing to risk their wealth on visionaries who would go on to change society via companies like Apple, Intel, Genentech, and Atari, among others.

EVERYDAY SUNSHINE: THE STORY OF FISHBONE
I’ll wrap up my SXSW thoughts with a film that actually had a special screening as part of SXSW’s music programming, following its premiere at the Los Angeles Film Festival last summer. Directors Lev Anderson and Chris Metzler’s film is a history and portrait of the influential punk/rock/funk/alternative African-American band, benefitting from amazing access to band members, and a pretty crazy history from which to draw. The doc successfully conveys Fishbone’s impact on the music scene, both through band interviews and commentary from fellow musicians and fans like Ice-T, Perry Farrell, Flea, Branford Marsalis, George Clinton, and others. The most captivating aspect of the film, however, is the drama of how the band fell apart, involving egomania, alleged brainwashing, interventions, lawsuits, and, strangely enough, the theremin.