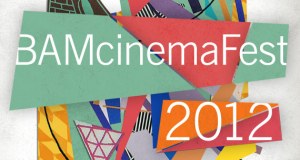 The fourth edition of BAMcinemaFEST begins next Wednesday, June 20 and runs through Sunday, July 1. An outgrowth of Sundance at BAM, a popular program that brought highlights from the premier American independent festival to Brooklyn in the Summer, the BAM Rose Cinemas expanded their focus to offer a showcase of films largely handpicked from other major festivals like Cannes, SXSW, and Berlin, in addition to other special programming. The result is a smartly curated program that is almost guaranteed to include only the best recent filmmaking currently on the circuit.

Among the 26 features screening this year are seven documentaries. Sundance is represented by DETROPIA (pictured) and THE IMPOSTER, SXSW by TCHOUPITOULAS, and Toronto by THE PATRON SAINTS – all very much worth checking out if you haven’t yet had the chance.

The remaining docs are ones I haven’t been able to see: Paul Lovelace and Jessica Wolfson’s RADIO UNNAMEABLE, on WBAI radio personality Bob Fass, which premiered at Full Frame; Jonathan Caouette’s WALK AWAY RENÉE (pictured), a reflection on his relationship with his mother and her mental illness, which had its world premiere in a previous version at Cannes last year; and the festival’s closing night film, Don Letts’ ROCK ‘N’ ROLL EXPOSED: THE PHOTOGRAPHY OF BOB GRUEN, which premiered at SXSW earlier this year.