The 39th edition of the Seattle International Film Festival began this past Thursday, May 16 and runs through Sunday, June 9, making it among the longest and biggest film festivals in the world. With a huge lineup which mixes a number of world and North American premieres with standouts from films that have recently debuted at other major fests like Toronto, Berlin, Sundance, and SXSW, the event has plenty to offer Seattle cinephiles. This includes a robust nonfiction component, with nearly 70 documentary features as part of its 200 strong feature program, including its high profile Centerpiece gala slot, Sundance alum TWENTY FEET FROM STARDOM. This year, I’ve been serving as a documentary programming consultant to the festival, so I’ll be attending for about a week at the end of the month. Highlighted below are a number of new docs to check out from the different sections of the festival:

Starting locally, SIFF annually highlights films from the Pacific Northwest in its Northwest Connections strand. Among the feature docs here are Alex Stonehill and Bradley Hutchinson’s BARZAN (pictured), about what happens when an Iraqi immigrant is classified as a terrorist by the US government; Sini Anderson’s THE PUNK SINGER, a portrait of the influential riot grrrl pioneer Kathleen Hanna; and Omar J Pineda’s DEAD MEAT WALKING – A ZOMBIE WALK DOCUMENTARY, which explores the participatory pop culture phenomenon which finds ordinary people dressing like the walking dead and shambling around city streets – a film that is also the sole doc in the fest’s Midnight Adrenaline section.

Other Northwest Connections filmmakers serving double duty in another section of the festival are Leah Warshawksi and Chris Towey, whose look at Rwandan filmmaking, FINDING HILLYWOOD (pictured), is also part of the festival’s African Pictures strand. Among the other docs in this Africa focused section include Mosco Kamwendo’s COMRADE PRESIDENT, an investigation into the death of Mozambican revolutionary leader Samora Moises Machel; Samouté Andrey Diarra’s SAND FISHERS, about the changes wrought to Malian fishermen’s trade due to environmental factors; and Alex Pitstra’s doc hybrid DIE WELT, which follows a young Tunisian DVD salesman in the aftermath of the country’s 2011 revolution. 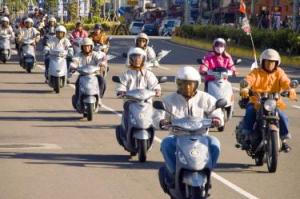 Africa’s not the only continent spotlighted by SIFF this year – the eight films in Asian Crossroads shift the focus to a range of countries in both Asia and South Asia. Among the offerings are: Tien-hau Hua’s GO GRANDRIDERS, about Taiwanese senior citizens who take a trip around the island’s coast; Shivendra Singh Dungarpur’s CELLULOID MAN, a tribute to the founder of India’s National Film Archive, PK Nair; and a retrospective screening of Japanese New Wave director Shôhei Imamura’s 1967 classic, A MAN VANISHES, an investigation into Japan’s missing persons. 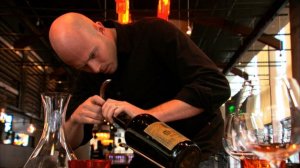 Additional programming sections featuring a handful of documentaries include the music oriented Face the Music, Contemporary World Cinema, New American Cinema, Special Presentations, and Alternate Cinema. From the latter two strands are Jason Wise’s SOMM (pictured), following the efforts of four sommeliers to pass one of the most difficult industry exams in the world; Max Andersson and Helena Ahonen’s TITO ON ICE, the chronicle of two comic book artists’ road trip through the former Yugoslavia with a mummified Marshal Tito in tow; and Mia Engberg’s BELLEVILLE BABY, a personal essay film about the filmmaker’s former lover, a drug dealer who seeks her out after his release from prison. 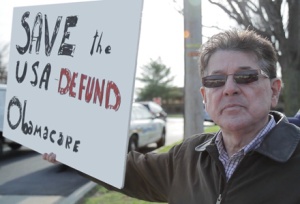 Outside of these specialized sections, the balance of SIFF’s nonfiction programming appears in its DocsFest strand. Some of the titles here are part of the festival’s twelve-strong Documentary Competition, including Pratibha Parmar’s ALICE WALKER: BEAUTY IN TRUTH, a profile of the Pulitzer Prize-winning author of THE COLOR PURPLE; Jamila Wignot and Sierra Pettengill’s TOWN HALL (pictured), which follows two ardent Tea Party activists; Mahdi Fleifel’s A WORLD NOT OURS, about the director’s return to the Palestinian refugee camp in Lebanon where he grew up; and Thomas Riedelsheimer’s BREATHING EARTH, a look at the environmentally motivated artwork of Susumu Shingu.

Outside of the competition, other notable titles in DocsFest include: Judith Litt’s AFTER WINTER, SPRING (pictured), a portrait over three years of a French traditional farming community facing the challenges of the modern world; Marco Bonfanti’s THE LAST SHEPHERD, a profile of an Italian shepherd’s efforts to reignite Lombardy’s passion for his dying profession; Peter Young’s THE LAST OCEAN, about the imperiled marine ecosystem of Antarctica’s Ross Sea; and Cullen Hoback’s TERMS AND CONDITIONS MAY APPLY, a cautionary consideration of the erosion of privacy in the digital age.