The Brooklyn Film Festival returns for its sixteenth edition beginning this Friday, May 31. Running through Sunday, June 9, this year’s fest, led by the theme word “Magnetic,” presents 100 films from 24 countries, including nineteen docs, eight of which are features. Notably, given the organizers connection to festival venue indieScreen, prizes include one-week theatrical releases for the winners of best nonfiction and best fiction feature at the Brooklyn single-screen cinema. 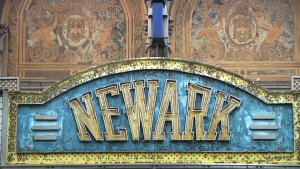 Remaining feature docs include: Belisario Franca’s ETERNAL AMAZON, an examination of if and how the Amazon rainforest can be used sustainably; Sarah Friedland’s THE RINK (pictured), about a Newark roller rink and the different people who use it; Cary McClelland’s WITHOUT SHEPHERDS, a multi-character perspective on modern-day Pakistan; Anne Thoma’s MILES & WAR, a portrait of independent peace mediators in conflict zones; and Barbara Miller’s FORBIDDEN VOICES, profiles of three female bloggers fighting censorship in Cuba, Iran, and China.