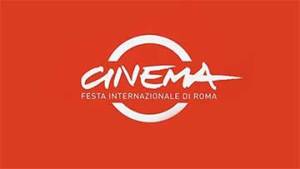 The eighth edition of the Rome Film Festival begins tonight, Friday, November 8, and runs through next Sunday, November 17. In its relatively brief existence, the event has seen more than its fair share of growing pains as it tries to carve out a space for itself in the European festival scene that already includes such heavy hitters as Cannes, Venice, Berlin, and Locarno. Beholden, like so many Italian cultural events, to larger political power struggles within the country, the festival has tried to balance being a distinctive cinema event with appealing to segments of its audience that might be more concerned about celebrities and a party atmosphere than in discovering groundbreaking new work. Among its approximately 120 feature length films, there are just over two dozen documentaries on offer, the majority world premieres. 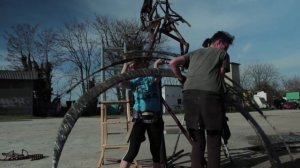 While a couple of docs appear in the official Out of Competition section, that and the main Competition are decidedly fiction-focused. Significantly more nonfiction is part of CinemaXXI, an international strand exploring innovative new filmmaking. By my count, 14 of the 25 features here are docs or hybrids, including: ZimmerFrei’s HOMETOWN/MUTONIA (pictured), a portrait of an experimental outsider community; Vincenzo Marra’s THE ADMINISTRATOR, a microcosmic look at Naples through the activities of an apartment building manager and the tenants he deals with; Jan Soldat’s THE INCOMPLETE, about a 60-year-old gay German man who embraces his desire to become a slave; Vincent Dieutre’s ROLAND WOUNDED, an exploration of modern Sicily through the conceit of a number of abandoned theatre puppets; and Gustavo Fontán’s THE FACE, an experimental film following an Argentine back to the island where he was born. 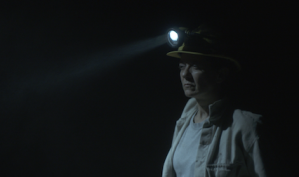 Rome’s documentary slate also includes a national cinema sidebar, Prospettiva Doc Italia, which features nine features. Among these are: Elisa Amoruso’s OFF ROAD, about the relationship between a MTF racing champion and the Romanian nurse she marries; Valentina Pedicini’s FROM THE DEPTHS (pictured), an exploration of the life of Italy’s only female miner, filmed entirely underground; Romano Montesarchio’s RITRATTI ABUSIVI, a portrait of the squatters of an Italian seaside slum that’s scheduled for redevelopment; Ermanno Cavazzoni’s SEASIDE HOLIDAYS, a playful anthropological chronicle of Italian summer via home movie footage; Marco Antonio Pani and Paolo Carboni’s HEADS AND TAILS, THE REASONS OF THE SHEPHERDS, a profile of the shepherds of Sardinia, who have had to protest in recent years to negotiate fair prices for their work; and Roberto Naccari and Stefano Bisulli’s THE OTHER FELLINI, an investigation into the famous director’s not-so-famous filmmaking brother.