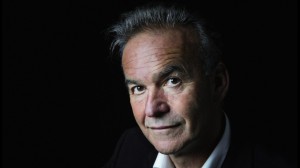 The penultimate day of Doc-A-Thon, DOC NYC‘s panel series, focuses on the current state of nonfiction funding. All of the following Day 5 panel sessions take place between 10:30am-5:00pm at the IFC Center on Wednesday, November 19:

LESSONS IN CREATIVE FUNDING & AUDIENCE BUILDING
10:30-11:40am
Want to fund your film and build a community around your work at the same time? Creative funding has opened up new opportunities for documentary filmmakers, including funding, audience engagement, and promotion. Join Kickstarter’s film team along with filmmakers David Thorpe (DO I SOUND GAY?), Chad Walker & Dave LaMatina (I AM BIG BIRD) and Mina T. Son & Sara Newens (TOP SPIN), for a discussion and case studies on using Kickstarter to raise funds and create excitement around your work.

NICK BROOMFIELD IN CONVERSATION (pictured above)
12:00-1:10pm
Nick Broomfield has often been attracted to true crime stories – from Aileen Wuornos to Biggie and Tupac – unveiling layers overlooked by other media. His latest, TALES OF THE GRIM SLEEPER (HBO Documentary Films), screening in this year’s Short List, sees the intrepid British director investigate the chilling story of a Los Angeles serial killer who was allowed to prey on his subjects for 25 years. This intimate conversation reveals how he finds his subjects and how he has gotten his films made over the span of his career.

SOCIAL-ACTION FILMMAKING: FROM STORY TO ACTION
2:00-3:10pm
Documentaries can engage, transform, and perhaps improve the world. Which films and filmmakers are pushing the envelope in social-action filmmaking and what real change is taking place? We’ll talk to expert Christie Marchese (Picture Motion), Julie Anderson (WNET), and filmmakers Tom Roberts (EVERY LAST CHILD) and Diana Whitten (VESSEL), and look at examples of films that matter and examine how they effect real change.

PITCH WORKSHOP: GETTING IT RIGHT
3:30-4:40pm
Pitching to industry executives is often an essential part of getting your film funded, and presenting a sensational pitch is vital. Hear from producers and experts on how to make the best pitch, learn from examples and get a chance to practice with industry pros. Experts Daniel Chalfen (Founder/Producer, Naked Edge Films), Julie Anderson (WNET), and Judith Helfand (Chicken & Egg Pictures) share the secrets of a winning pitch.

Why You Should Attend:
Filmmakers are always seeking ways to get their films made. Whether you’re considering crowdfunding, reaching out to commissioning editors, or working with issue-oriented organizations, these panels will provide you with valuable insight.

More Info:
To purchase tickets, click on the individual panel titles above, and follow links for ticketing; or check out the new options for Passes.