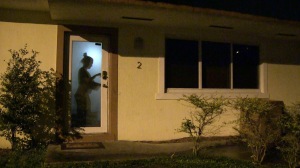 Thanks to the Internet, thousands of young American women are entering the “amateur” porn world, fulfilling a growing demand for girl-next-door starlets. HOT GIRLS WANTED follows one such girl, eager to leave small-town life in search of freedom and fame. With the click of a mouse she transforms from A-student to fledgling amateur actress. She initially feels independent and popular starring in professionally produced videos – uploaded on sites garnering an average of 41 million hits a month. But as she and some of her new friends fall deeper into the darker corners of the Internet, and as new faces arrive daily, they’re forced to reconsider an increasingly dubious line of work.

Some Background:
This is Bauer and Gradus’ second feature doc following SEXY BABY, which also explored the impact of our modern sex-focused culture on girls and women. Joining them as producers here are Rashida Jones, whose past Sundance credits include writing, executive producing, and starring in CELESTE AND JESSE FOREVER (2012) and co-producing THE TEN (2007); and Brittany Huckabee, who also serves as editor. Executive producers are Abigail Disney, who serves in the same role for fellow 2015 Sundance doc THE MASK YOU LIVE IN and whose most recent Sundance credits include CITIZEN KOCH (2013), THE QUEEN OF VERSAILLES (2012), and THE INVISIBLE WAR (2012); Gini Reticker, also a Sundance alum several times over with CITIZEN KOCH, NERAKHOON – THE BETRAYAL (2008), and IN THE COMPANY OF WOMEN (2004), among other films; Geralyn Dreyfous, whose 2015 Sundance projects also include PROPHET’S PREY, DREAMCATCHER, IN FOOTBALL WE TRUST, and THE MASK YOU LIVE IN, with extensive past Park City credits, including THE CRASH REEL (2013), THE SQUARE (2013), ANITA (2013), THE INVISIBLE WAR, HOW TO SURVIVE A PLAGUE (2012), and THE QUEEN OF VERSAILLES; noted philanthropist Barbara Dobkin, who co-executive produced Sundance fiction film CHILDREN OF INVENTION (2009); and investor/activist Chandra Jessee, whose producing credits include the SXSW audience award winner NY EXPORT: OPUS JAZZ. This team is joined by co-producers Dr Debby Herbenick and Dr Bryant Paul, both from Indiana University and affiliated with The Kinsey Institute.

More Info:
For more information, check out the film’s website and Facebook page. For Bauer and Gradus’ thoughts on the film, watch their Sundance Meet the Artists profile. For screening dates and times at Sundance, click the link in the first paragraph.