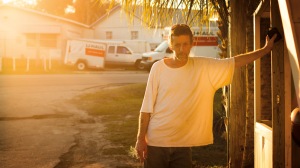 The sex offender label is a scarlet letter in the United States. Individuals given this designation are relegated to a life of public shame, their photos posted online for all to see, with few opportunities for redemption. Only a small number of facilities, such as the beaten-down trailer park at the center of Frida and Lasse Barkfors’ unflinching new film, offer people the chance to confront their crimes and re-integrate – as much as the law will allow – into society. Although the formal title of the place is Florida Justice Transitions, local neighbors have nicknamed it “Pervert Park.” Within this outcast community, a handful of offenders tell searing personal stories that paint a troubling portrait of abuse and justice in America. PERVERT PARK seeks neither to forgive nor defend its subjects, some of whom have committed acts so atrocious they cannot even forgive themselves, but it does question the severity of laws designed to stifle rather than rehabilitate those yearning for a second chance.

Some Background:
This is the feature directorial debut by the Barkfors, with Frida also producing and Lasse shooting and editing. Frida is joined by Final Cut for Real’s Anne Köhncke as producer, who previously produced Joshua Oppenheimer’s THE ACT OF KILLING and associate produced his follow up, THE LOOK OF SILENCE.

Why You Should Watch:
Conveying a clear sense of an unusual place, the Barkfors identify several affecting characters who would live in isolation if not for Florida Justice Transitions. The community and its programs – and the film by extension – become a confessional of sorts for the residents, who display a distinct candor as some reveal unfathomable crimes, while others share more minor transgressions that have led to their present plight.

More Info:
For more information, visit the film’s Facebook page watch the trailer, and check out the Barkfors’ Indiewire filmmaker interview. For screening dates and times at Sundance, click the link in the first paragraph.