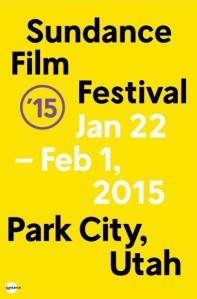 The 2015 edition of the Sundance Film Festival officially concludes today with a full day of screenings of the award winners announced at a ceremony last night. As this year’s festival wraps up, w(n)td will resume regular posting starting tomorrow, but until then, a summary of the awards announcement follows:

The 2015 Sundance awards ceremony, hosted by comedian Tig Notaro, subject of the documentary TIG, recapped awards announced in separate ceremonies earlier in the week – Shorts, Global Filmmaking, NHK, Sloan – before revealing the winners of the US and World Cinema Documentary and Dramatic Competitions, plus the NEXT audience award. A significant development this year was a change in the approach to the jury awards – while jurors still selected a Grand Jury Prize and a Directing Award in their categories, beyond those categories, they were given the freedom to determine several Special Jury Awards based on their own criteria, as noted below. 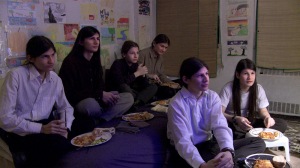 Editing Award:
HOW TO CHANGE THE WORLD
edited by Jim Scott

Grand Jury Prize:
ME AND EARL AND THE DYING GIRL (pictured)
directed by Alfonso Gomez-Rejon

Audience Award:
ME AND EARL AND THE DYING GIRL
directed by Alfonso Gomez-Rejon

Excellence in Cinematography Award:
DIARY OF A TEENAGE GIRL
shot by Brandon Trost

Directing Award:
THE SUMMER OF SANGAILE
directed by Alanté Kavaïté

Indiewire has published a round-up of acquisition deals made to date, with many more to be announced in the coming weeks, so readers who weren’t able to be in Utah this month will have a chance to catch up with several of this year’s films in various forms of release in addition to other festival bookings.