2016 Sundance Docs in Focus: THE LOVERS AND THE DESPOT 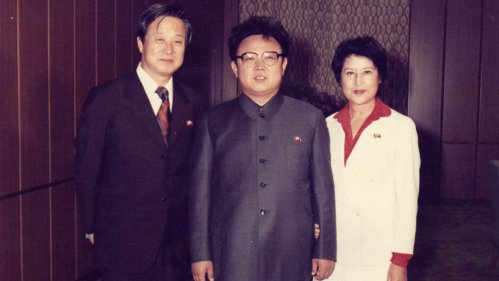 Rounding out today’s Sundance doc preview: From the UK, THE LOVERS AND THE DESPOT, Robert Cannan and Ross Adam’s tale of cinephilia crossed with totalitarianism.

They were the Brangelina of ’70s South Korea – the romance between the debonair film director Shin Sang-ok and glamorous actress Choi Eun-hee took them to the heights of South Korean society. Fame took a toll on their love, but it also attracted unbelievable twists of fate. The two find themselves kidnapped by the North Korean regime, and they are forced to play along with a bizarre filmmaking project led by superfan cinephile Kim Jong-il. Enduring torture, imprisonment, and surveillance, their romance is rekindled, and they realize escape is only possible through filmmaking – but the smallest mistake in their plans could cost them their lives.

This film noir of the most twisted order is meticulously crafted with an analog-loving sensibility, offering incredible archive footage of the era that even includes rare clandestine audio recordings of Jong-il discussing his plot for a cinematic paradise. The tapes deliver a chilling yet fascinating glimpse into the psychology of the North Korean dictatorship and what happens when art, love, and megalomania collide.

Why You Should Watch:
Cannan and Adam have crafted a compelling film from a true story that seems so fantastical and unlikely that its participants knew they’d have to make secret recordings to be believed. This archival audio offers a first-hand experience of the protagonists’ complicated relationship with the enigmatic Kim Jong-il and his aspirations for North Korea’s film industry, while present-day interviews recount the strange, sometimes contradictory, realities of life and work as kidnapped filmmaking royalty.

More Info:
For Sundance screening dates and times, click the link in the first paragraph.

Presently, the film does not have a website, Facebook page, or trailer. Should this change before the festival kicks off, I’ll update that information here.