2018 Sundance Docs in Focus: THE PRICE OF EVERYTHING 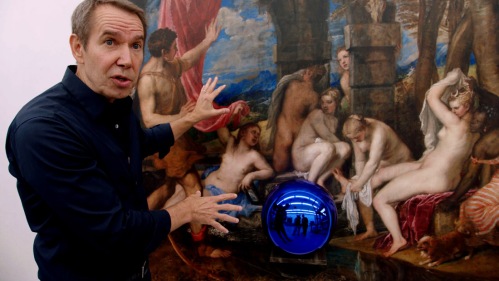 THE PRICE OF EVERYTHING
Nathaniel Kahn offers a privileged look into the intersection of high art and commerce.

Basquiat paintings regularly fetch tens of millions of dollars, and the recent sale of a little-known Da Vinci topped $450 million – but what forces are driving the white-hot art market? Who assigns and who pays these astronomical sums? What currency adequately measures art’s value? THE PRICE OF EVERYTHING leads us into a rarefied labyrinth of galleries, studios, and auction houses to wrestle with these questions and explore what society loses and gains when art becomes a rich person’s commodity.

With unprecedented access to in-demand artists like Jeff Koons, Gerhard Richter, and Njideka Akunyili Crosby, and to prominent collectors and dealers, Academy Award nominee Nathaniel Kahn coaxes out the dynamics at play in pricing the priceless. Intimate interviews with a mega-collector reveal a surprising mix of altruism and business acumen as he determines the fate of his collection. Candid moments with ’60s art star Larry Poons probe why he fell out of fashion while his contemporaries’ cultural and monetary stock went sky-high. Rather than prescribe answers, Kahn’s juicy systemic portrait teases out tensions, holding a fun-house mirror to our feverish times.

Kahn is an Oscar- and Emmy-nominated filmmaker, best known for MY ARCHITECT, about his influential architect father, Louis Kahn.

Stockman is an arts patron and collector, and was the president of the board of trustees of the Solomon R Guggenheim Foundation between 2005-2017. With her husband, David, she has endowed the position of the chief curator of the Guggenheim since 2013. Stockman has been associated with several other notable museums, serving on committees at MoMA, the Metropolitan Museum of Art, the Aspen Art Museum, and Greenwich’s Bruce Museum Council. She most recently executive produced Lisa Immordino Vreeland’s LOVE, CECIL. This marks her first Sundance film.

Wisch is a jewelry company owner/designer and philanthropist. She has been a regular co-chair of the Jewish Museum’s annual Most Amazing New York Art & Design Tour and is a member of the advisory boards for Stanford’s Cantor Art Center and for Hunter College, among other organizations. She joined Stockman as an executive producer on LOVE, CECIL.

Solomon is a clinical psychologist and psychoanalyst, and an advocate for social change through philanthropy and program development in the areas of mental heath, education, and the arts. She most recently served as a consulting producer for the documentary LETTERS FROM BAGHDAD.

Remington is also a past Sundance Creative Producing Fellow (2011).

This marks Malahiazar’s first Sundance project. Her past credits include several projects by Bernardo Ruiz, including KINGDOM OF SHADOWS and THE GRADUATES.

Krayenbühl previously cut Kahn’s MY ARCHITECT, and was one of the directors of LETTERS FROM BAGHDAD, on which producer Carla Solomon also worked.

Schopper has a background cutting docs for PBS, including American Masters, and series for HBO. This marks his first Sundance project.

Why You Should Watch:
Kahn surveys the present-day landscape of the art market, gaining entry to the homes of private collectors, studios of art stars, and the behind-the-scenes planning of top auction houses and dealers, in the process revealing the prickly realities of valuation, art as investment, public vs private access, and art world success and failure.