On DVD: ZUZANA: MUSIC IS LIFE 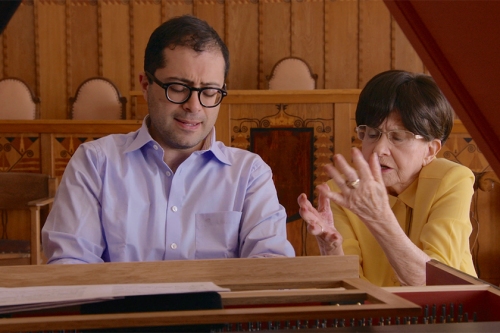 Coming to DVD this Friday, January 19:
ZUZANA: MUSIC IS LIFE

About:
A survivor of the Holocaust and Communist persecution becomes a pioneer in classical music.

In the Getzels’ portrait, the now-90-year-old Zuzana Ruzickova relates the story of her eventful life, and the central role music has played within it. Growing up Jewish in Czechoslovakia, she survived three concentration camps as a teenager only to return to her homeland under Communist rule, where antisemitism and persecution continued. Despite this, she found both a refuge and a way to excel through music – Ruzickova became the first person to record the complete works of Bach on focused on the harpsichord, re-popularizing he instrument in her country in the process. After the fall of Communism, she worked with her husband to expand musical education in the Czech Republic. While Ruzickova is an impressive figure, the film feels overlong, sometimes detailing elements that are overly familiar and losing its focus on its most distinguishing feature – her music.