On VOD: MANSON: MUSIC FROM AN UNSOUND MIND 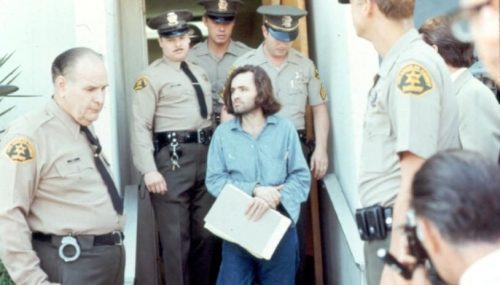 About:
An exploration of how Charles Manson’s failed music ambitions informed his criminality.

Tackling similar terrain as that in Karina Longworth’s acclaimed 2015 You Must Remember This podcast series on Manson’s surprising connections to Hollywood and the music industry, director Tim O’Dell traces the cult leader’s aspirations to become a successful singer-songwriter. Even before he began his infamous “Family,” Manson wrote songs in prison, gaining the attention of his fellow inmate, who connected him with a Hollywood insider. Once out, he pursued music as a career while pimping out young women, eventually coming into the circle of Dennis Wilson of The Beach Boys and Terry Melcher, music producer and son of Doris Day. While already possessed of his strange obsession with The Beatles and delusional fears of a race war, Manson’s directing of the Tate/LaBianca murders and others were, it is argued here, in part, a result of his frustrations around not being taken seriously as a singer-songwriter. Even after his arrest, the deluded killer believed that the release of an album of his music would somehow vindicate him. Drawing on interviews with a handful of insiders – including a former Family member and musicians involved in the proceedings – as well as recordings of Manson performing his songs, the otherwise fairly engaging film is unfortunately cheapened by excessive narration and an occasionally irksome score.