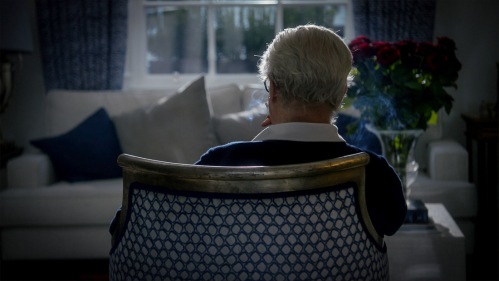 This story of influence and weaponized communication centers on the infamous Lord Tim Bell and his associates, known for their controversial geopolitical spin-doctoring. Bell, who started his career in advertising, had an affinity for difficult briefs and “people with problems,” as he liked to call them. He designed campaigns for unpopular politicians, dictators, disgraced companies, and celebrities the same way he put together product branding – by being concise and brutal. In 1987 he cofounded Bell Pottinger, which quickly became one of the most influential reputation management companies in the world – until one of those campaigns incited racial division in South Africa and ruined BP’s reputation to a degree beyond spinning. Its cause of death was shrewdly described by the New York Times as “acute embarrassment.”

Using a fascinating blend of archival footage and interviews with Bell and the people who worked with, for, or against him, filmmakers Diana Neille and Richard Poplak conduct an impressively thorough investigation into the politicization of modern communication. INFLUENCE is terrifyingly relevant in our current era of alternative facts and theatrical politics.

Neille is a South African journalist who founded Chronicle, a commercial/branded content production agency and subsidiary to the Daily Maverick which enables the production of long-form and investigative journalism. This marks her feature directorial debut.


Poplak is an acclaimed South African political correspondent and serves as the editor-at-large of the Daily Maverick. This also is his directorial debut.

Brandt is the CEO of South African development and production company StoryScope, which fosters authentic African storytellers for the global market.

The Emmy-winning Aung-Thwin is one of the founders of EyeSteelFilm. He also executive produced and edited this year’s SOFTIE.

Cross is a co-founder of EyeSteelFilm, through which he has also won Emmy Awards. He also executive produced this year’s SOFTIE.

Davids is head of development at StoryScope with extensive experience in broadcast and production in South Africa.

Mullins is a Canadian editor who has cut past EyeSteelFilm productions. He also edited SOFTIE.

Why You Should Watch:
Offering insight into how our perceptions are shaped by outside forces, Neille and Poplak’s informative film delves into the career of Lord Tim Bell to detail how Bell Pottinger played a pivotal role in shaping public opinion – and subverted democracy – through amoral image politics and divisive information warfare.