On TV: THE WINDERMERE CHILDREN: IN THEIR OWN WORDS 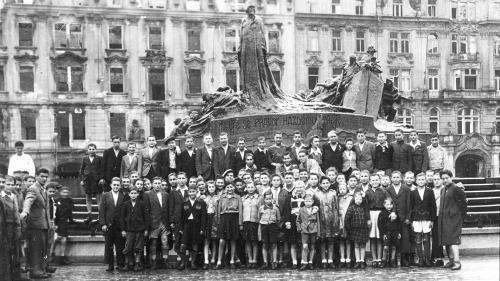 Coming to PBS today, Friday, April 3:
THE WINDERMERE CHILDREN: IN THEIR OWN WORDS

About:
Child survivors of the Holocaust reflect on a rehabilitation program in which they took part in the UK.

In the immediate aftermath of WWII and the liberation of the Nazi concentration camps, British philanthropist Leonard Montefiore developed an innovative but untested program to rehabilitate and resocialize youth traumatized by their experiences of the Holocaust. Working through the Central British Fund charity, which assisted Jewish refugees, he selected 300 young survivors of Theresienstadt, some as young as three years old, and had them flown to the British countryside in August 1945. Taking up residence in an abandoned aircraft factory near Lake Windermere, the youth spent the next four months being nurtured by counsellors and volunteers using pioneering child psychology and art therapy techniques, in addition to physical education and the freedom to explore their bucolic environs. Guy Arthur and Francis Welch’s doc is a companion to a fiction feature, also debuting on PBS, about their experiences, recounted here through interviews with survivors and select clips from the dramatization. While hewing close to the conventions of Holocaust documentary, and affecting due to the emotional testimony of its subjects, there’s added interest from the unusual story of the Windermere project and the focus on giving the young survivors a way to process their grief and emerge with a sense of hope despite the horrors through which they lived.