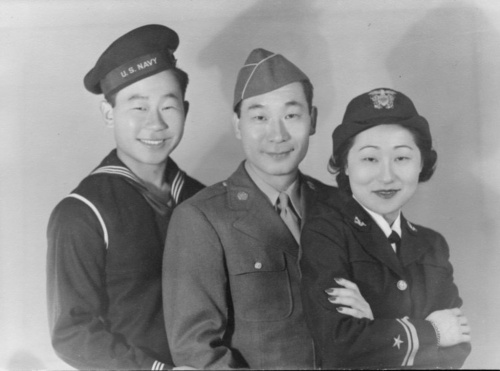 Coming to PBS tonight, Monday, May 11, and tomorrow, Tuesday, May 12:
ASIAN AMERICANS

About:
A sweeping overview of the Asian experience in America.

Presented over two nights and in five episodes, this PBS series takes on the daunting task of exploring more than 150 years of American history through the lens of diverse communities of Asian and South Asian origin. Episode one explores Asian immigration to the US, the infamous Chinese Exclusion Act, legal and cultural fights over race, representation, and education; episode two focuses on the disgraceful treatment of Asian Americans, and specifically people of Japanese descent, during WWII, disguised as tests of American loyalty; episode three examines the contradictions of model minority status in the post-war years, and the dawning of Asian American political activism; episode four looks at the 1960s and 1970s, as a new generation claims the Asian American identity, fighting for ethnic studies programs, spearheading the farmers’ rights movement, and speaking out against the war in Vietnam, while a new wave of refugees make America their home; and episode five speeds through a range of topics, from the murder of Vincent Chin and the Korean/African American tension that erupted in the LA riots to Asian American connections to the dot com boom, the DREAM Act, and post 9/11 hate crimes. While the series is impressive in its breadth, even if it were twice its current length, there would be far much more to cover, and in greater depth. While it’s at its best when it slows down to profile individual stories, its mandate to cover so much terrain too often forces it to be too general, sometimes also awkwardly straining to note parallels with present-day issues. As it stands, ASIAN AMERICANS is fully of a piece with PBS’s typical informational and historical fare, driven by narration and talking heads, and functions as a necessary and useful primer that will hopefully inspire future work that delves deeper into its myriad stories.