In Virtual Release: MY DARLING VIVIAN 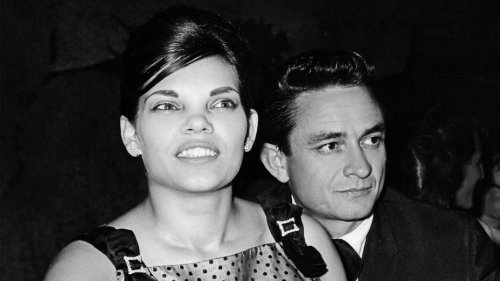 About:
A portrait of Johnny Cash’s first wife, long misrepresented in the performer’s mythology.

Johnny Cash struggled to win over his demons of addiction with the selfless love and devotion of his true love, June Carter, following a difficult marriage to the mother of his four daughters – or so goes the Cash legend, as immortalized in the Oscar-winning biopic WALK THE LINE. Director Matt Riddlehoover’s respectful doc aims to serve as a corrective, rehabilitating the image and understanding of Vivian Liberto, Cash’s long-suffering first love and first wife. As signaled by its title, the film foregrounds the deep love between Liberto and Cash, revealed here not only through interviews with their children, but through a trove of letters showing just how besotted The Man in Black was over the Italian beauty he met in 1951 while still an Air Force cadet. At the same time, Riddlehoover details Liberto’s side of the story in the eventual demise of the relationship after he found fame – a mix of neglect compounded by Cash’s troubles with drugs and affair with June Carter, as well as the racist fallout of Liberto being mistaken for being African American by the media. In the ensuing years, Cash and Carter’s worldwide platform allowed them to revise history, which eventually led to Liberto being reframed as a harridan and often erased from the story entirely. While distractingly overscored, this thoughtful profile benefits from absolute candor from the Cash daughters and from a rich archive, helping to illuminate Vivian in all her fullness.