Special Screening: NO PLACE ON EARTH 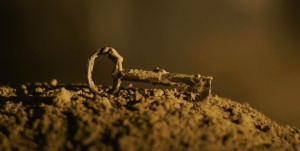 Coming to Stranger Than Fiction as the Spring Season opener this coming Tuesday, March 26: NO PLACE ON EARTH

Janet Tobias’ chronicle of Jewish families’ resilience and survival during the Nazi era made its debut at Toronto last year. It has gone on to screen at the Hamptons, where it picked up an audience award, IDFA, Martha’s Vineyard, and Miami, among others.

I previously wrote about the film out of Toronto here.