2015 Sundance Docs in Focus: THE BLACK PANTHERS: VANGUARD OF THE REVOLUTION 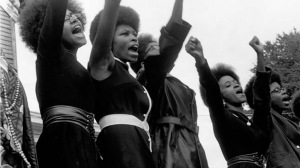 Documentary Premieres welcomes back Sundance alumnus Stanley Nelson with his newest film: THE BLACK PANTHERS: VANGUARD OF THE REVOLUTION, the definitive account of the influential Black nationalist organization.

Ready or not, change was coming to America. The fault lines were no longer ignorable – cities were burning, Vietnam was exploding, disputes raged over women’s rights, gay rights, and civil rights. Many of the youth that came of age in the Sixties were set on tearing down the world that Dick and Jane built and reconstructing their own American Dream. A new revolutionary culture was emerging, and it sought to drastically transform the system. The Black Panther Party for Self-Defense would, for a short time, put itself at the vanguard of that change.

The story of the Black Panthers is often told in a scatter of repackaged parts, often depicting tragic, mythic accounts of violence and criminal activity. Master documentarian Stanley Nelson goes straight to the source, weaving a treasure of rare archival footage with the voices of the people who were there: police, FBI informants, journalists, white supporters and detractors, and Black Panthers who remained loyal to the party and those who left it. An essential history, THE BLACK PANTHERS: VANGUARD OF THE REVOLUTION is a vibrant, human, living and breathing chronicle of this pivotal movement that birthed a new revolutionary culture in America.

Why You Should Watch:
Demonstrating Nelson’s usual knack for story construction, his latest film proves to be a thoroughly engaging revisitation of the peaks and valleys in the Black Panthers’ tumultuous history. Benefitting from both first-rate archival material and gripping first-hand accounts from members of the rank and file, Nelson reveals the promise of social change offered by the organization, and the insidious efforts of the establishment to suppress its fruition.

More Info:
For more information, visit the film’s Facebook page and Nelson’s website. Check out his Indiewire filmmaker interview. For screening dates and times at Sundance, click the link in the first paragraph.