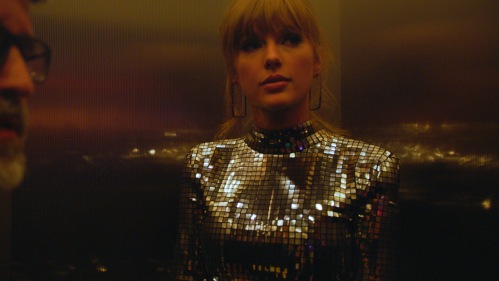 Taylor Swift is a global icon who repeatedly tops the charts, fills stadium tours with rapturous fans, and continues to challenge herself both professionally and personally while remaining steadfast in her vision as an artist. Few have achieved as much as Swift, or have had their personal lives open to such public scrutiny, but in MISS AMERICANA, she finds herself at a watershed moment in her career, using her platform not only as a singer-songwriter, but as a woman fearlessly harnessing the full power of her voice.

Director Lana Wilson (AFTER TILLER, 2013 Sundance Film Festival) offers a multifaceted window into Swift, her creative process, and her singular experience of being one of the brightest lights on the world’s global stage. Showcasing Swift’s trademark vulnerability and her fierce intelligence and wit, Wilson captures moments both tender and exhilarating as the superstar embarks on the latest chapter of her already extraordinary career.

Wilson is an Emmy-winning filmmaker. This is her third feature, following TILLER and THE DEPARTURE.

Rogers is also an Oscar, Emmy, Grammy, and Independent Spirit award-winner. She is EVP at Tremolo Productions.

O’Malley is a veteran nonfiction film and television producer. She produces through O’Malley Creadon productions, the company she founded with husband Patrick Creadon.


Why You Should Watch:
Taylor Swift fans are already abuzz about this in-depth portrait of the musician. With Wilson at the helm, they can be assured that this is more than a puff piece, offering insight into the young woman’s life and creative expression. The doc will premiere as one of this year’s Day One screenings at the festival before coming to Netflix later this year.