2018 Sundance Docs in Focus: WON’T YOU BE MY NEIGHBOR? 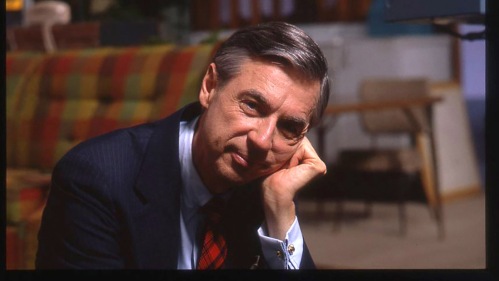 WON’T YOU BE MY NEIGHBOR?
Morgan Neville explores the impact of the beloved children’s television show host on generations of viewers.

With his gentle voice and heartfelt words of wisdom, Fred Rogers served as a compassionate surrogate father for generations of American children who tuned in to public television. He believed in love as the essential ingredient in life and was able to assist kids through difficult situations armed merely with handmade puppets suggesting tolerance and acceptance. An ordained Presbyterian minister, Mr Rogers made speaking directly and openly to children his life’s work, both on and off his long-running show. He was at the forefront of a movement devoted to meeting the specific needs of children and was considered a radical back then for saying, “I like you just the way you are.”

Animated sequences are peppered between archival footage of MISTER ROGERS’ NEIGHBORHOOD and interviews with Fred Rogers’ family, friends, and colleagues. Examining Rogers’ legacy, Academy Award–winning director Morgan Neville (20 FEET FROM STARDOM) offers a deliberate and beautiful tribute to an authentic human being and provides a much-needed salve for these often-fraught times.

In addition to his Oscar, Neville is an Emmy, Grammy, and Independent Spirit award-winning filmmaker. He participated in the Sundance Institute’s Catalyst Forum with this project.

Caryn Capotosto is head of productions for Neville’s Tremolo Productions.

Ma is the son of Yo-Yo Ma. He appeared in Neville’s documentary THE MUSIC OF STRANGERS: YO YO MA & THE SILK ROAD ENSEMBLE and in an episode of MISTER ROGERS’ NEIGHBORHOOD. This marks his first producing credit.

Baiada is part of Tremolo Productions, where, in addition to producing, she serves as Neville’s assistant.

Co-Founder of both Impact Partners and Gamechanger Films, Dreyfous also executive produced 2018 Next documentary 306 HOLLYWOOD and Documentary Premieres title GENERATION WEALTH, as well as OUR NEW PRESIDENT, BISBEE ’17, OF FATHERS AND SONS, THE TALE, and THE LONG DUMB ROAD, and co-executive produced NANCY.

The Artemis Rising Foundation philanthropist is also an executive producer for GENERATION WEALTH, BISBEE ’17, and 306 HOLLYWOOD, and a producer for THE TALE.

The Cornfields are philanthropists and environmentalists supporting projects that offer innovative, pragmatic, and sustainable solutions to complex current problems. They also serve as executive producers on 2018 Sundance US Documentary Competition title INVENTING TOMORROW and on Documentary Premieres title AKICITA: THE BATTLE OF STANDING ROCK.

Stone is also an executive producer of 2018 Sundance Next title NIGHT COMES ON.

Boies is also an executive producer of NIGHT COMES ON. He is an attorney, and the son of David Boies, who was featured in the 2014 Sundance award-winning THE CASE AGAINST 8.

This and THE DEVIL WE KNOW are the first Sundance credits for the Palm Springs-based arts patrons and art collectors. Boccardo, an architect, also is an associate producer of NIGHT COMES ON, and most recently produced Jeffrey Schwarz’s documentary THE FABULOUS ALLAN CARR.

van Beuren also executive produced THE DEVIL WE KNOW and INVENTING TOMORROW. She is also a founder and artistic director of newportFILM.

Wavelength Productions’ Westphal is also an executive producer for INVENTING TOMORROW and World Cinema Doc Competition title THIS IS HOME and an associate producer for NIGHT COMES ON. Her philanthropic work includes support for organizations involved with alternative education.

McEvoy is the chairman and CEO of publishing giant the McEvoy Group, while his partner Berriman is executive editor at textbook publisher Pearson Education. Their philanthropic work encompasses the world of art, film, photography, and music, including the Smithsonian, SFMoMA, and SFJAZZ. They are also co-executive producers of INVENTING TOMORROW.

Malmberg is the filmmaker behind SPETTACOLO and MARWENCOL. He also cut Sundance fiction short alum BROADCAST 23 (2005).

Why You Should Watch:
Neville perfectly captures Rogers’ genuine kindness and love in this often surprisingly moving portrait that will make even the most cynical and jaded viewers nostalgic to return to the Neighborhood of Make-Believe.